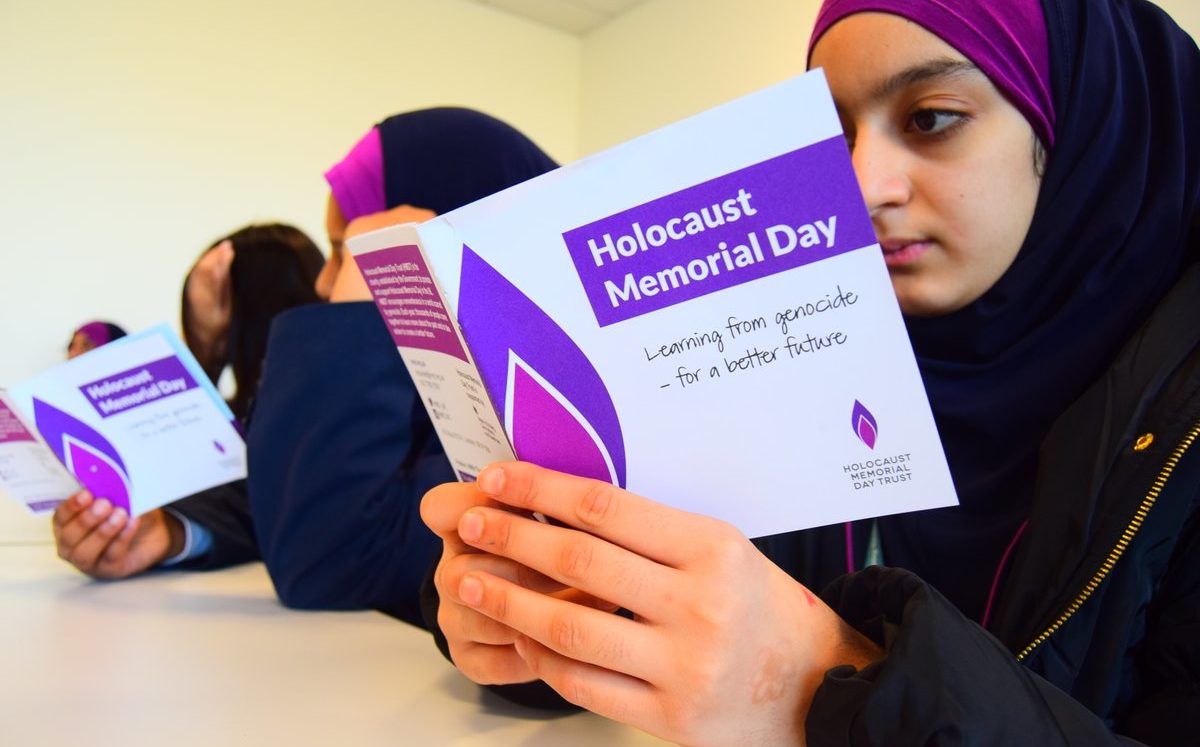 Join our team and we promise a rewarding experience in return. Read more ›

Keep up to date with what is going on and when. Read more ›

Pupils listened to the moving testimony of Holocaust survivor Uri Winterstein as part of the school’s commemoration of Holocaust Memorial Day.

Holocaust Memorial Day, held on 27 January each year to mark the liberation of concentration camp Auschwitz, is an international day of remembrance for the millions of people murdered in the Holocaust under Nazi persecution and in the genocides which followed in Cambodia, Rwanda, Bosnia and Darfur.

Year 10 pupils fvisited The Curve Slough, on William Street, to hear Mr Winterstein speak on Monday 28 January. The girls heard that Mr Winterstein was born in Bratislava, Slovakia in October 1943. When he was only a month old, his parents put him in the care of a non-Jewish woman and he would not be reunited with his lawyer parents until after the Second World War. They made this heart-breaking decision realising it would be very difficult to keep a baby quiet if they needed to go into hiding, an eventuality for which they felt they always had to be prepared.

During the War, Mr Winterstein’s father was a member of an underground movement known as the Working Group, which halted the deportation of Jews from Slovakia for almost two years (from October 1942 to late September 1944) by bribing key SS officers and government officials. In autumn 1944, Uri’s father was deported to the Theresienstadt concentration camp but his mother and sister managed to evade deportation that day and went into hiding. However, they too were eventually caught and sent to Theresienstadt.

When the Russian army approached Bratislava, the family Mr Winterstein was put into the care of decided to flee and gave him to a local peasant woman to look after. This woman did not wish to be bothered with the care of a child and he received little attention. When he was finally reunited with his family at the end of the war, aged 19 months old, he could not walk or talk and ate only rolls dipped in coffee, the only food he had eaten during his stay with the peasant woman. Despite this, without the minimal care she gave him, he could not have survived. Nine of Uri’s wider family were killed at Auschwitz.

After the war, following the takeover of Czechoslovakia by the Communists in 1948, his family left the country and ended up in Brazil, where Uri grew up.

“It was really sad and emotional to hear about what Mr Winterstein’s family experienced. It is very important for young people to learn about these experiences.”

“I learnt that some Nazi soldiers and civilians showed acts of humanity.  From turning a blind eye to offering places to stay. I hope that continues to happen today.”

“It was very informative and made me truly understand how it felt to be in that situation.”

“It was a great privilege for the girls to hear Uri Winterstein share his moving story of survival against the odds. It is the 80th anniversary of the start of the Second World War this year and as its horrors fade from living memory, it is more important than ever that those still with us who survived the Holocaust speak so that we can listen. Mr Winterstein’s forgiveness of those who carried out the persecution of his family and the wider Jewish community should serve as a reminder to our pupils that good will always overcome evil.” 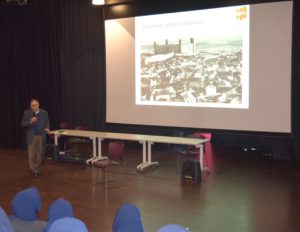 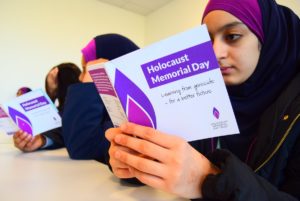 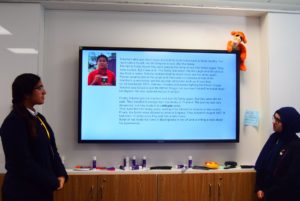 Pupils heard about the atrocities of the Holocaust first-hand from survivor Uri Winterstein. They have also been learning about the Holocaust and other genocides in lessons.

A new national helpline for parents and carers will provide personalised support and advice on home learning to support pupils until schools re-open.

The school’s term and holiday dates are now available. The Principal’s message on Reopening School : 26-May-2020.

Access all the latest tools and utilities to help with your projects.